Click the button on the right to view our case reports

I’m a 70 year old male who had my first MI in 2001 at the age of 55 years. I felt pain on my back and both my arms. I was seen by a GP who diagnosed it to be cardiac related. I was referred for an ECG at Midlands Hospital who did the ECG and transferred me to Greys Hospital. A stress ECG and ECHO was done and then I was transported to Inkosi Albert Luthuli Hospital where an MRI and stress ECG was done on me. I was treated with medication. I experienced shortness of breath as well as phlegm in the lungs due to smoking. I experienced pain on both my knees, ankles and as well as my fingers. I used to get tired when climbing stairs. There is a big difference in me. I feel much better. I no more experience pains on my knee, shoulder, neck and hands. I do not get tired as compared to before and I no more experience shortness of breath. I’m now able to walk with no problems the staffs at the centre are very good. 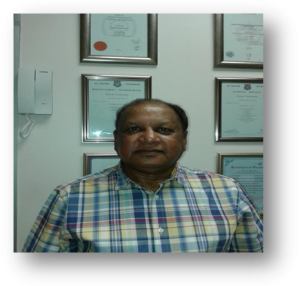 I am a 67 year old male who is a vegetarian. I’m a diabetic and hypertensive for the past 20 years and am being treated for high cholesterol for the past 7 years. I underwent my first angiogram in 2013 due to my shortness of breath. Results came back fine. I experienced chest pains when I was in South Coast on the 3 August at a religious meeting. I felt tightness on my chest for a short while. I was transferred to Umhlanga hospital where an angiogram was done by a cardiologist. Bypass surgery was recommended. I have swelling on both my legs pains on the joints on both my hands and also numbness and a burning sensation on both my feet for a number of years. I feel much better than before. I have about a 25%   improvement in my heart. Exemplary staff Very courteous and very kind  Also friendly. So far the treatment is excellent. I have no suggestions so far due to the good work provided. 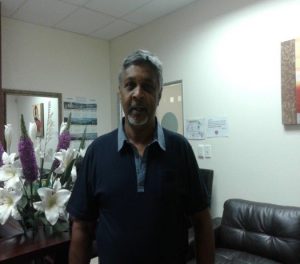 I had major heart attack in March 2015 I was admitted in Addington hospital cardiac Ward. I was stabilized and my condition improved I was in hospital for six days. I felt fine no problems for the next six months. I used to walk less than ten steps I had to stop sit and recover. Almost every night was a night marris experience. I use to roll on the floor with pain. My family used to watch helplessly as I suffered with pain. Staircase I use to avoid like the plague. On Wednesday the 21 October 2015 I experience crushing chest pains. Last week whenever I experienced chest pains I had to take a T&T tablet under my tongue within ten Minutes I felt relief the pains was occurring on a daily basis until today 29 October 2015.Today Is My first ECP treatment at Doctor Mohanlall rooms. I am now running up a flight of stairs. I run walk and exercise I also ride a large motorbike which weighs 600kg.This treatment is actually a miracle since I had lost hope that I would live. I am not being paid anything what so ever to write their statement, further more even if I were to be offered any money, I have no need for it. Just that someone else may benefit from my experience. I must Make mention that I was scheduled to undergo a triple bypass operation on 18 January 2016 I elected not to go. I am now normal as before my heart attack. In this day and age it is really difficult to fine sincere, respectful and polite staff member’s staff. I want to place a sincere appreciation for the professionalism, respect and treatment which has been offered to me by the staff. Actually, nothing keeps up the amazing work.

I am 82 years. I am asthmatic and diabetic for the last 22 years. Cardiac patient since 2009Have shortness of breath. I had angiogram done at ST Augustine’s hospital referred for surgery I refused to go for surgery and was treated with medication. Now treated by a doctor has polyps on nasal passage had surgery before. I do not want to have surgery again being hospitalized twice every year for the past 5 years with ill health. I have shortness of breath and angina. I have severe chest pains and shortness of breath since last week I use T&T spray. I experienced severe chest pains ECG was done suggested angiogram and stent I was referred for angiogram to be done on Monday. Retired family Doctor suggested 3Dimensional Vasculography based on daughter’s advice. Feeling much better. I am not having difficulty walking. Much improved breathing. I now have better quality of life. Staffs is excellent and very helpful.

I am 67 years old. I suffer from arthritis on both hands and fingers and my toes are deformed. I am hypertensive since 45 years old. At 60 years I started experiencing chest discomfort. I visited a cardiologist who did a stress ECG and echo in hospital. I was diagnosed with angina. I was put on medication but was still symptomatic .In September 2015 I had an angiogram done at Pietermaritzburg hospital and was referred to another hospital for bypass surgery. However my family and I decided that I should do External Counterpulsation.  I suffer from syncope and cannot recall incidents. I had two falls a week before ECP. After ECP I feel my health has improved significantly. I can now walk longer distances without getting tired and without getting shortness of breath. I no longer take TNT’s. My appetite has vastly improved as well. I had a continuous pain on my left arm before ECP treatment. I no longer experience that pain.  The staff are extremely helpful, caring and obliging.

I was suffering from high blood pressure and diabetes from 2010 and was treated with medication. In June 2015 while in Bali on vacation I injured my right hand and went for surgery and plate. I had an angiogram done in 2009. I experienced shortness of breath. I had chest pains occasionally and a lack of energy. I got tired easily. After doing the ECP treatment, I am much more energetic. I do not tire easily. I can now do increased distance on cycle and the treadmill without feeling tired or running out if breadth. According to my wife, my complexion has improved. My eyesight has also improved. Staff at the ECP centre are very friendly and extremely helpful. They make one feel at ease at all times. 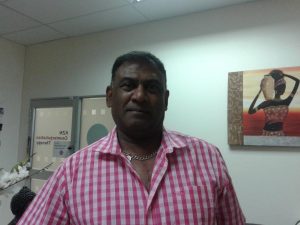 20 years ago I went for an insurance test and I was diagnosed with a heart condition. I was treated by a cardiologist who put me on medication. I stopped taking the medication. Years later I collapsed in the gym while exercising. I had to be resuscitated and was transported to Umhlanga hospital where an angiogram was performed on me by a cardiologist. At the hospital I was advised to undergo bypass surgery which was performed two days after the angiogram. I started experiencing shortness of breath 2 months after surgery. I saw the cardiac surgeon once again who referred me to EThekwini hospital to see an Electrophysiologist who performed cardiac ablation on me twice.   After ablation (burning) there was not much improvement to my condition. I now suffer from shortness of breath on mild exertion and swelling on both my feet on a daily basis. After ECP treatment I have more energy and I am now able to cope better. I do not get tired. Shortness of breath is a big relief. Still wheezing but much better than before. Excellent staff. They also make great tea. My suggestion is to  get all medical aids to approve. 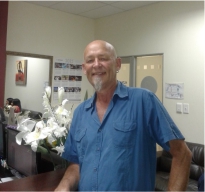 My heart used to hurt to the extent that I would need to take Angised (under my tongue) for relief. The same happened if I walked more than 50m or climbed more than 5 steps. I could not sleep at night as I awoke breathless every 2 minutes. I had no energy. I had frequent chest pains and pains in my left jaw. I had a very irregular heartbeat. I can walk 2km without any bad effects. I sleep well and I can get excited without pain and breathlessness. I do not get angina anymore. My vision has improved. My energy levels are high. My heart beat is quite regular. The staff are very professional. They are very caring and understanding of the patient’s needs. Dr Mohanlall is motivated with the care and treatment of his patients. He will explain endlessly until the patient understands all aspects of his treatment. The high standards would be difficult to improve. 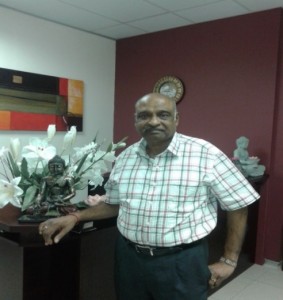 I underwent a coronary angiogram at St Anne’s hospital in Pietermaritzburg in July 2014. The cardiologist informed me that I had narrowing of my coronary arteries and that I required 3 stents to be inserted in the coronary arteries of my heart. I advised him that I would like to wait and make an informed decision on what I would like to do. I am currently experiencing shortness of breath on mild exertion such as having a bath or trying to walk 10-15 minutes with slight haste.  My sugar level was at 8 and I was on 26 units of insulin.   After ECP I feel very well and fit.  My sugar levels dropped from 7-8 to 4.5 or an average 5.5- 6.There is great improvement after the ECP. I can now walk an average 2km a day.   I used to experience shortness of breath and tiredness. I no longer experience so much short breath and tiredness. There is definitely an improvement in breathing.

I started experiencing chest pains on the 06 May 2015 for the first time in my life. I started experiencing burning chest pains on my sternum and broke out into a sweat. The pain was intermittent and it lasted for the next few days. I visited a GP at a medical centre in Bluff who performed an ECG and bloods and reported that the cardiac enzyme test was positive. I was referred to St Augustine’s hospital and underwent a coronary angiogram that was done through my arm. The results of the angiogram revealed that three arteries were narrowed and the cardiologist suggested bypass surgery. I decided to do ECP treatment. I do not have any chest pains. The burning sensation underneath my feet subsided. I can climb up the stairs without having shortness of breath. My sugar levels have dropped from 17 to 10. My skin tone has lightened a lot. I feel very much better. The staff is very good.